JOIN US EVERY THURSDAY AT 6:30pm
FOR OPEN MIC WITH DAVID GOLDBERG
AND FOOTBALL EVERY SUNDAY AFTERNOON. 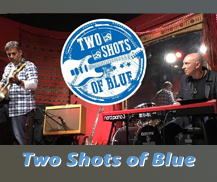 Two Shots of Blue is a Blues duo featuring Steve Muoio, guitarist/vocalist from Blues Corruption who, among his many musical credits, has created trademark tones for a patented telecommunications technology which is heard by thousands of people every day, and Michael Weinstein, accomplished blues/jazz/rock keyboardist who has performed and recorded with members of Spyro Gyra, Meat Loaf, Joe Cocker, Mariah Carey, Keith Urban, and Blood Sweat & Tears.  The band also features drummer Ray Karaman from Headfirst Band on the Zendrum, and performs classics from Tom Petty, Rolling Stones, Eric Clapton, John Mayer, Johnny Cash, Stevie Ray Vaughan and more! 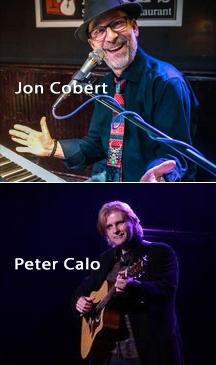 Peter Calo has produced many recordings including Carly Simon’s release, “Never Been Gone” and is featured in the documentary, “All You Need is Klaus”. He was guitarist for Showtime’s “Ray Donovan” and for the Tony and Grammy Award-winning original Broadway and film production of “Hairspray”.  Peter also contributed music for Carly Simons autobiographical Audio book, “Boys In The Trees.” Peter played to a sold out Carnegie Hall as part of the” Lead Belly Tribute”, performing with Eric Burton (The Animals), Edgar Winter, Kenny Wayne Sheppard, Walter Trout and others. In 2018 Peter was the Musical director for the PBS Special “Jimmy Webb Live from The Kate” which also featured Ashley Campbell, the daughter of legend Glen Campbell.
They're GREAT - DON'T MISS THIS! 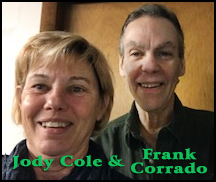 It's a night of acoustic music. Come enjoy songs you know and love spanning Elvis to Elle King, Neil Diamond to Neil Young, Beatles to Bruno Mars. The evening will feature a collaborative performance by Harmony Road’s Frank Corrado on guitar/ vocals and Jody Cole on guitar/ lead vocals. 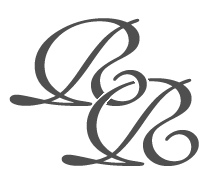 You’ve heard Robin and Rich Newhook many times when they've brought Robin and the Hoods to Mohansic. Tonight, we'll be spending an intimate evening with one of Westchester’s favorite musical couples. Robin and Rich will be playing music you’ve always loved and making the holiday season especially festive for us.

In 2012 we opened Mohansic Grill at the Mohansic Golf Course.
We're proud to announce that we've just signed a new contract with Westchester County and we plan to be with you for another 10 years.
We've got big plans for 2022. 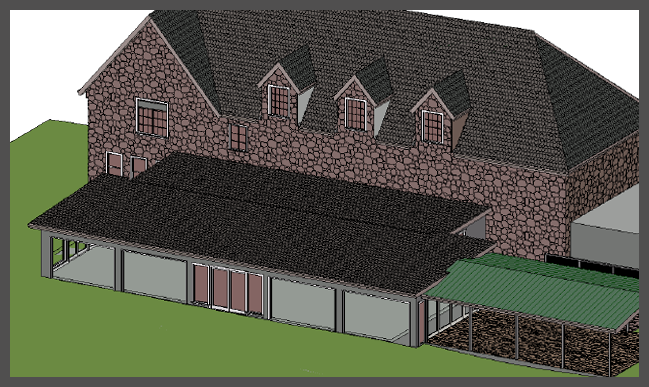 We've just retired the wonderful awning that has covered our patio and given us the opportunity to bring great music to Mohansic for 10 years.
This is a rough illustration of the new building that will take its place.
In order to facilitate the construction this winter
we'll be putting our January schedule of musical entertainment on hold.
Please keep an eye out for updates. We'll keep you posted.

Friday & Saturday, December 24th and 25th
There will be no entertainment in celebration of Christmas.

Friday & Saturday, December 31st and January 1st
There will be no entertainment in celebration of the New Year.

The 2021 schedule is available online.  We'll be posting the 2022 schedule soon

Are you planning a party?

Are you planning a birthday, anniversary or retirement party, a bridal or baby shower, a rehearsal dinner, a reunion - Any Party At All.  Ask about having your party right here at Mohansic Grill.

Would you like to suggest a band to play at Mohansic in 2022?

Send us the name of the band and contact information so we can reach a representative.  We want the bands that our guests would like to see.

Tell us who you'd like to see at Mohansic.

Never miss any of the great things happening at Mohansic.  Receive weekly event updates in time to make your reservations.